THIS DAY IN 1970: JERRY LEE LEWIS DIVORCES HIS SECOND WIFE (AND COUSIN) 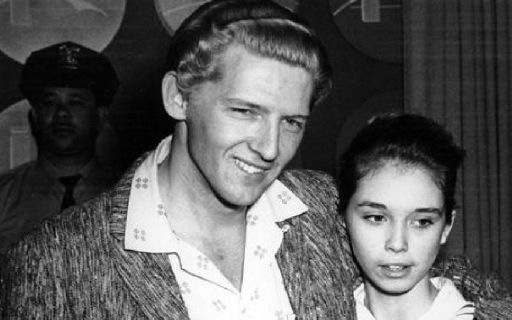 This day in 1970: Jerry Lee Lewis and his second wife, Myra – who was also his cousin – were divorced. Their 1958 wedding, which took place when she was just 13 years old, caused such a scandal that it effectively ruined his career. In fact, the only thing illegal about the marriage was the fact that Jerry hadn’t divorced his first wife when he wed Myra.