US MARKETS RESILIENT AHEAD OF THIS WEEK’S FED MEETING 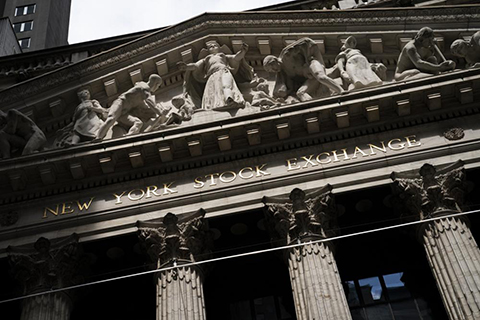 The Associated Press – U.S. markets marched toward gains before the bell Monday ahead of this week’s meeting of the Federal Reserve, which is attempting to tamp down inflation without risking a recession.

On Wednesday, most economists expect the Fed to announce its second 0.75% point increase in its short-term rate in a row, a hefty increase that it hasn’t otherwise implemented since 1994. That will put the Fed’s benchmark rate in a range of 2.25% to 2.5%, the highest level since 2018.

The U.S. economy is slowing, but healthy hiring shows it is not yet in recession, Treasury Secretary Janet Yellen said Sunday on NBC’s “Meet the Press.” She spoke ahead of the release this week of a slew of economic reports that will shed light on an economy currently besieged by rampant inflation as interest rates rise.

The highest-profile report will likely be Thursday, when the Commerce Department will release its first estimate of the economy’s output in the April-June quarter.

“While rising jobless claims, softer home sales, and a buildup in gasoline inventory show the Fed front-loading rate hikes are causing a slowdown and bringing inflation under control, the issue is at what cost,” Stephen Innes of SPI Asset Management said in a commentary.

Some economists forecast it may show a contraction for the second quarter in a row. The economy shrank 1.6% in the January-March quarter. Two straight negative readings is considered an informal definition of a recession, though in this case economists think that’s misleading.

Similar data from Europe have underscored the weakness of the global economy as central banks jack up interest rates. Higher rates make economic conditions more difficult, and too-aggressive hikes could cause a recession.

On Friday, the benchmark S&P 500 lost 0.9%, breaking a three-day rally that had carried it to its highest level in six weeks but still gaining 2.5% for the week. The Dow Jones Industrial Average declined 0.4%, while the Nasdaq sank 1.9%.

Besides an easing of Treasury yields, falling prices for crude oil in recent weeks has raised hopes that inflation may be peaking. Auto club AAA says on its website as of Monday that the average price of a gallon of regular gas is $4.36 per gallon. That’s down 16 cents per gallon from a week ago, and 55 cents cheaper than one month ago, when the average price was $4.91 per gallon.

Brent crude, the pricing basis for international trading, rose $1.29 to $99.67 per barrel.