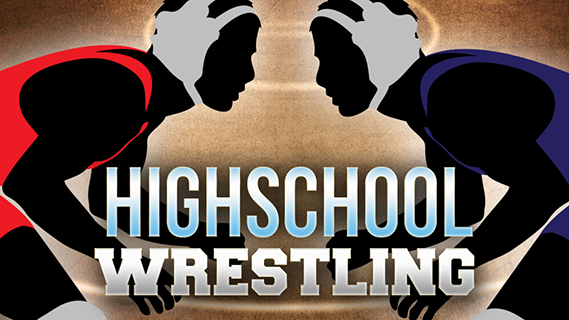 Oskaloosa’s Leland Evans lost his first match at the State High School Wrestling Tournament in Des Moines Thursday (2/20).  Evans lost a 3-2 decision to Christian Stanek of Cedar Rapids Xavier in the first round in the Class 3A 138 pound weight class.  Then in the consolation round, Evans defeated Will Larson of Fort Madison 7-2.  Evans will continue in the 3A consolation round on Friday.

Meanwhile, in Class 3A 113 pounds, Anthony Bestell of Newton was pinned in his first round match and then lost in the consolation round.  Newton’s Destin Schroder won his first match at 182 pounds; Schroder will take on Will Hoeft of Iowa City West in the quarterfinals.  And in the Class 3A 220 pound division, Newton’s Gage Linahon scored a pinfall in 58 seconds over Brennick Hoppe of LeMars to reach the quarterfinals.  While Pella’s Kody Huisman was pinned in his first round match and went on to pin Hoppe in the consolation round.

Checking Class 2A from Thursday, Albia’s Carter Anderson lost his first match at 106 pounds, dropping a 7-2 decision, before scoring a majority decision victory in the consolation round; Albia teammate Dawson Bonnett lost both of his matches at 113 pounds and is out of the competition.  Grinnell 126 pounder Brock Beck won a 3-2 decision to reach the quarterfinals.  At 132 pounds, Kayden Kauzlarich of Centerville and Landon Fenton of PCM both won their opening matches by majority decisions.  At 138 pounds, Nathaniel Genobana of Centerville won a majority decision and PCM’s Payton Drake won a 4-0 decision to advance.  At 145 pounds, Trestin Sales of EBF scored a pin to reach the quarterfinals. Colby Tool of PCM scored a majority decision at 152 pounds.  Sage Walker of EBF scored a pin to improve to 46-0 and reach the 182 pound quarterfinals.  At 220 pounds, Grinnell’s Camrin Steveson won a decision and Chariton’s Jordan Munday lost both matches to be eliminated.  And at 285 pounds in Class 2A, Chariton’s Nicholas Wood lost his first round match and won in the consolation round, so he stays alive.