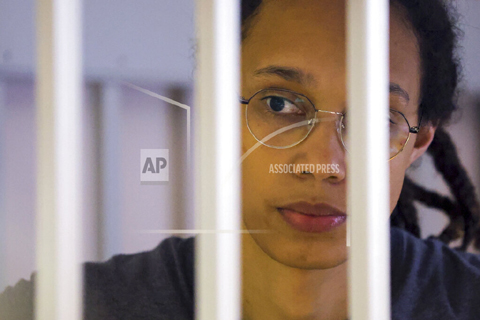 MOSCOW (AP) — Lawyers for American basketball star Brittney Griner have filed an appeal against her nine-year Russian prison sentence for drugs possession. Griner is a center for the Phoenix Mercury and a two-time Olympic gold medalist. She was convicted on Aug. 4. Griner was arrested in February at Moscow’s Sheremetyevo Airport after vape canisters containing cannabis oil were found in her luggage. Griner played for a women’s basketball team in Yekaterinburg during the WNBA offseason.