30 MORE COVID DEATHS IN IOWA AND MORE CASES IN CHILDREN 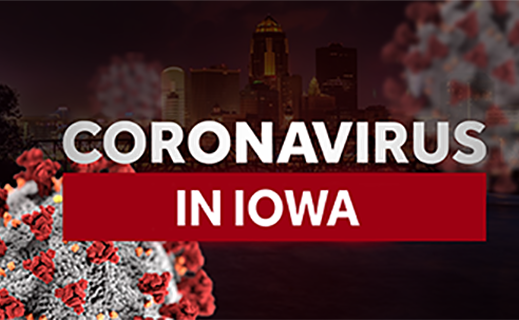 Iowa saw 30 more deaths caused by the coronavirus in the past week as data showed more children and young adults were getting infected and more people were being treated in hospitals, according to the state Department of Public Health.

As the state’s COVID-19 death total climbed to 6,337, the state reported 8,404 new confirmed virus cases in the past week. More young people were testing positive, with 29% of the positive tests in the past seven days among children aged 17 and under. That’s up from 22% the previous week.

Some counties report much higher rates of cases among children. In Lucas County in southern Iowa, 46% of new cases reported in the past week were children under age 17. The county has one of lowest vaccination rates in Iowa with 39.4% of the total population vaccinated.

Hospitalizations in Iowa climbed nearly 10% from the previous week to 578, of which 45 were under age 30. The number of patients in intensive care also increased.

Fifteen children under age 17 are hospitalized with COVID-19, including 12 under the age of 11. Doctors have been warning for weeks that more children will be sickened by COVID-19′s delta variant.

Because of a law approved by the last Legislature and signed into law by Gov. Kim Reynolds, school districts are not allowed to require children to wear masks in schools. Iowa also no longer requires contact tracing in schools, and students testing positive for the virus are not required to quarantine but are advised to stay home if they have symptoms.

Iowa has fully vaccinated 52.4% of the state population, according to the Centers for Disease Control and Prevention.